Recently I travelled to New Ross in County Wexford, Ireland to visit the “SS Dunbrody” a three master “Barque” replica of the Famine ships that brought so many Irish emigrants to Canada and the USA during the Famine times at home in the mid 1800’s. It was a really emotional experience as the presentations demonstrated the tragedy of ordinary Irish people fleeing their homes their land and starvation.

The presentation begins with a low-lit walk through illustrated key points regarding the famine and this dangerous trip across the oceans. Our guide then gave an introduction talk highlighting specific travellers and their expectations. Then we moved on to a video presentation of a family’s anguish and their quest, why they would risk everything and their lives in a hope of a better life for themselves and their family. This was quite emotional as it conveyed the reality of life here in Ireland at that time. 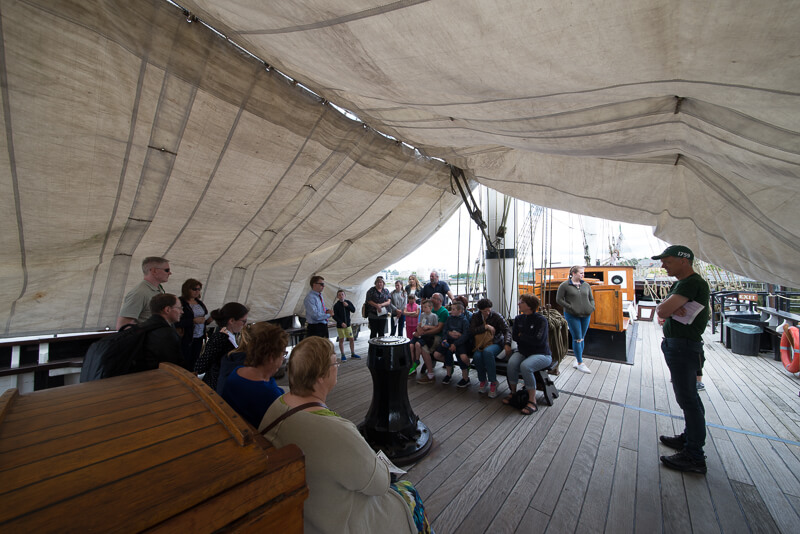 At this point we boarded the SS Dunbrody itself. A fine sturdy three master Baroque sailing ship is 170ft in length with the tallest mast being 100ft high, the original one built in Quebec, Canada in 1845. You get a tour on deck and the thoughts are this would be quite enjoyable to be at sea in. But no, our guide soon knocked that idea on the head. We then proceeded to the inner deck, bunks left and right stacked two high and a long table in the middle.

It is here that the horrors that these emigrants had to endure came to life. 170 adults and children were crammed into this space, buckets for bathroom needs and no privacy, and a bucket of rationed water each day to wash in on deck. The poignant smells and the dirt is difficult to imaging. Sickness was rampant and spread throughout the ship rapidly. Fatalities were high up to 50%. These emigrant ships earned the title “Coffin Ships” for this reason.

Actors re-enacted these poor people’s plight. A mother travelling with her four children trying her best to care for them. All sleeping in a bunk together. At this point in the presentation, emotions were running so high. You could feel the distress of the passengers and your imagination was running wild. In this emigrant’s story, it was explained that Mom didn’t make it. She was one of the casualties this time. There was a gentle “aww” coming from the audience. Truly effected by this experience. 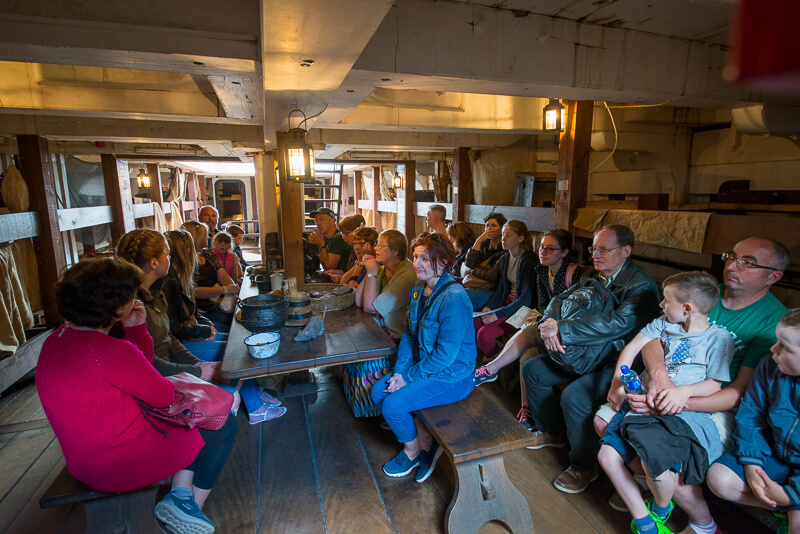 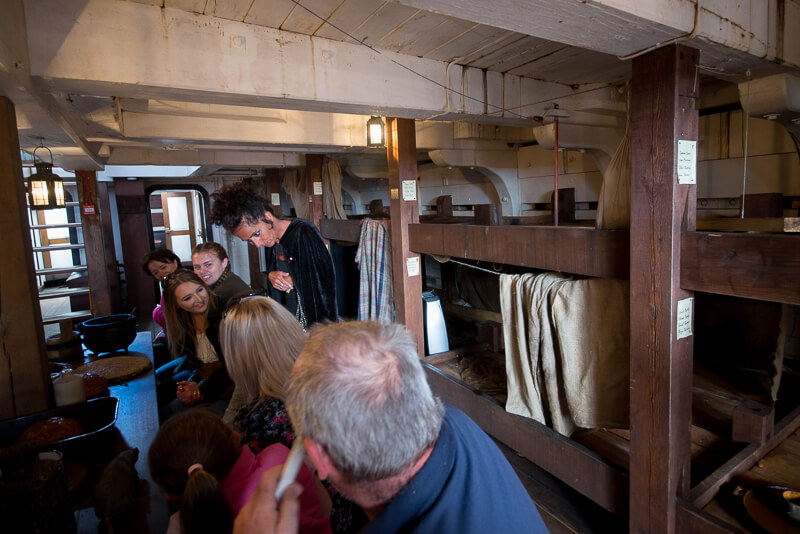 At the front of the SS Dunbrody complex, on the street, is a burning flame within a structure of a globe. This is the “Emigrant Flame”. When President John F. Kennedy visited Ireland in 1963, he visited his ancestral home outside New Ross. He brought a message of hope and inspiration to the Irish population. This flame was taken from the Eternal Flame at the graveside of President John F. Kennedy at Arlington National Cemetery, USA and brought to the quay in New Ross where his great-grandfather stepped aboard the emigrant ship. A symbolic journey of that emigrant son to Ireland, this Emigrant Flame burns continually in honour of all those who left Ireland in those tragic circumstances. 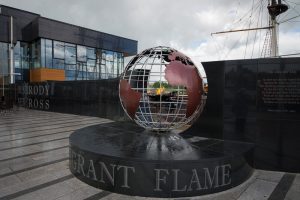 This is a real life experience and is highly recommended. It is a black reference to our not so long past Irish history. Nearby there is the John F Kennedy Homestead and the JFK Arboretum and Park.