Skip to content
DARTMOOR, AN INCREDIBLY WILD AND BEAUTIFUL PLACE

Dartmoor National Park is a unique and vast moorland in Devon  County, in southwest England covering some 954 square kilometers. A place of natural beauty, the terrain is undulating with large granite rock formations protruding from the summit of rounded, gently sloping hills, called “Tors”.  There are a 170 of them; I would describe them as artistic in structure with an air of mystery and wonder of some distant time past.

A popular place for the walker who may freely explore the craggy landscape of forests, rivers and bogs while being inspired the rocky formations made by nature itself. These mounds provide a high vantage point from where to view and take in the spectacular vistas across this vast moorland. Neolithic tombs, Bronze Age stone circles and abandoned medieval farmhouses make certain that the explorer has an abundance of diverse material to explore and research. 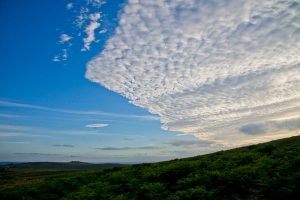 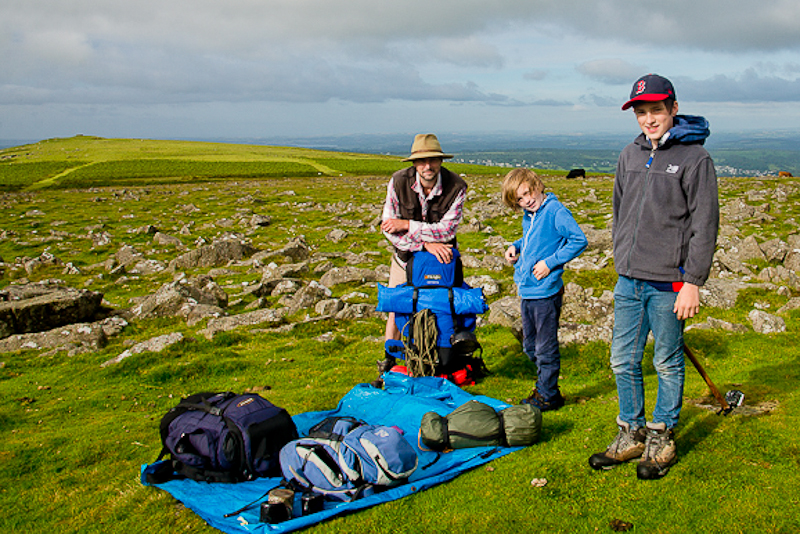 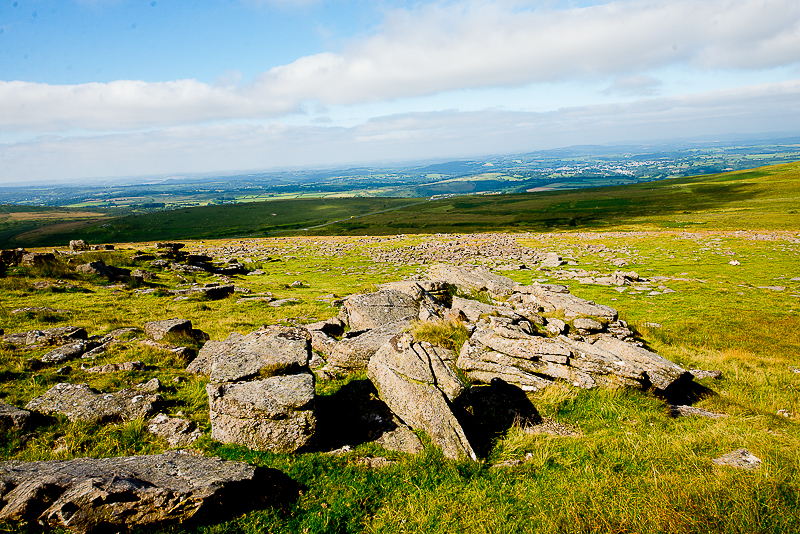 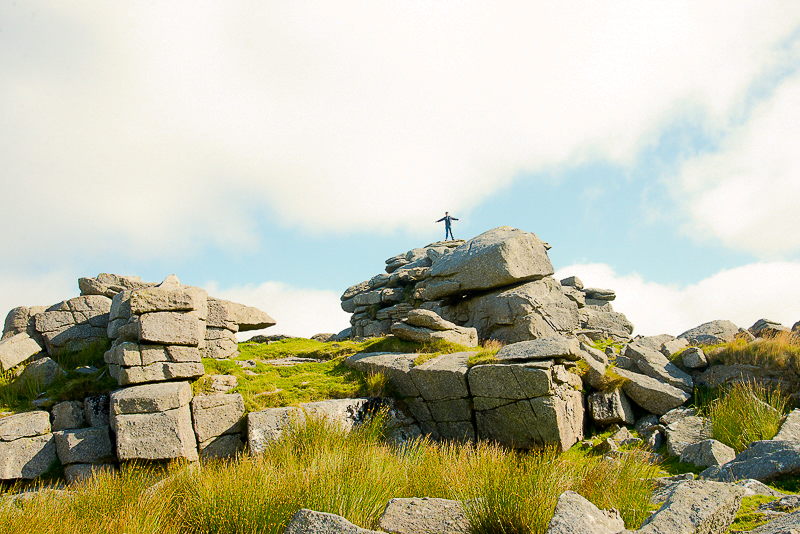 I travelled to this mysterious region with my nephew, Paul, and his two boys, Oz and Stan. We drove towards Exiter on the M5 and then taking the A38 to Ashburton and entered the Dartmoor National Park heading for Princetown.

As we were rough camping and walking over the next three days, we stocked up on provisions and headed into the moorlands, south of Princetown, for our first night under the stars. By the time we got to our proposed camp area it was dusk. We set up camp at the back of Sharp Tor; my first encounter of these rocky outcrops on top of the hill, a mystic feeling. The area was lowly lit by the nigh sky making the views even more special with the rocky landscape displaying its mysterious beauty. A quick cupa brewed and we all sank into a sound slumber for the night.

Up bright and early the next morning, woken be the munching sounds of grazing sheep. The air was fresh, the sky was clear and our enthusiasm high. Went for a short walkabout in the immediate surrounds, navigating the rocks and exploring the pinnacle of Sharp Tor. Then, there they were, my first glimpse of the Dartmoor Ponies. A small sturdy pony, and they must be to survive in these rocky, bracken filled areas. It was August, so I guess that accounted for so many foals as they would have been born in the spring.

Across the valley was another “Tor”, Leather Tor, separated from us by a lush green valley, the grassland highlighted by the early morning sun and the ponies wondering and grazing in groups. An truly idyllic sight. Oz and myself ventured into the valley. “There’s a snake Uncle John”, and sure enough a Black Adder basking in the warming sun. Good spotting Oz. There were many slugs, huge slugs, everywhere. On checking this out they are ash black slug and are the largest land slug in the world. They can grow up to 20cm in length. To the right and a bit further in the distance was Sheeps Tor shrouded in the morning mist and in the valley below, Bura Tor Reservoir, surrounded by rich woodland. 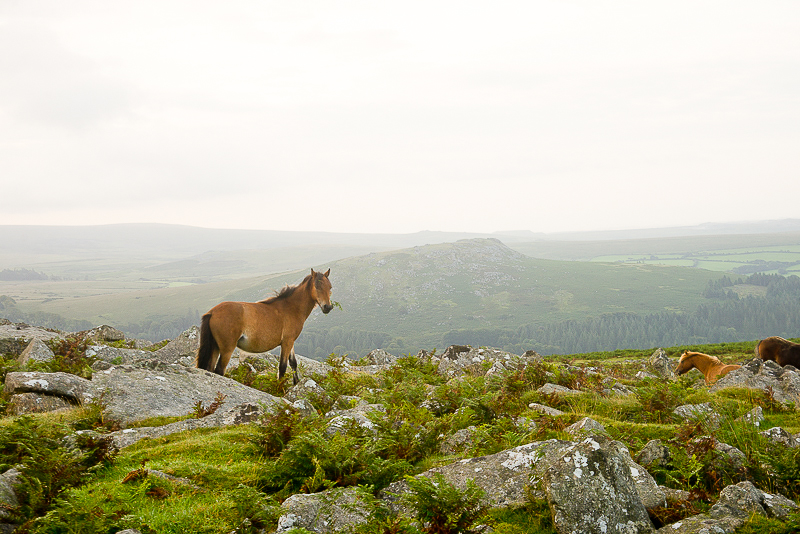 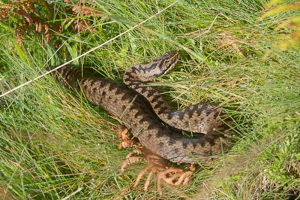 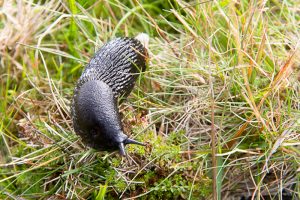 Climbing off Sharp Tor heading back to the car to explore further this region in Dartmoor. I got chatting to a cyclist, Noémie Rinckenbach from Paris, who was exploring the Moors by bike. She pointed out to me that this was here second time to Dartmoor.

“I feel like Dartmoor is an incredibly wild and beautiful place. It’s the kind of landscape that reaches you deeply, that makes you think about yourself and about this world. Travelling here is a kind of meditation, because it allows me to feel so far away from my daily life – even if I’m actually not that far from home. I’m actually already planning to come back next year to cycle there again!” 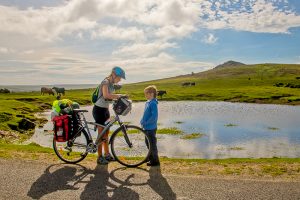 We are driving towards Princetown again and en route called into Postbridge. There is a fantastic example of a Clapper Bridge here that dates back to medieval times. This type of bridge is associated with Devon and Dartmoor. A simple construction, large slabs of granite rest on pillars constructed by laying large granite boulders on top of each other. This particular bridge is 42 feel in length and 6 feet wide. The two large slabs that create the walkway weigh an estimated 6.5 and 8 tons each. This is worth stopping and having a look.

We arrived into Princetown. A coffee and a sweet snack, a sit by the crossroad watching people bustling to and fro going about their daily chaws brings you back to real life. This is the “capital” of Dartmoor. A couple of pubs, a chipper, grocery stores, shops, souvenir shop make it a real hub. A very comprehensive information center crammed with books and flyers on the area, historic displays and exhibition area and helpful staff will give you the inside information on the Dartmoor moors. All free of charge. Princetown is the home of the famous Dartmoor Prison which was initially built during Napoleonic Wars to house prisoners of war. Among some of its most famous inmates Frank Mitchell (the ‘Mad Axeman’) who escaped and despite the biggest manhunt ever mounted on the moor was never recaptured. We now know he was murdered by the Kray gang. Eamonn de Valera, first Prime Minister of the Republic of Ireland, was a political prisoner who should never have been sent here. There is a prison museum where you may learn about England’s most famous prison and includes a shop where you can buy hand made crafts fashioned by the current inmates.

Don’t overlook the Church of St Michaels and All Angels. This simple, slender-towered Dartmoor church was built between 1812-14 by prisoners who were held in Dartmoor Prison. They were captured in the Napoleonic Wars with France, and the War of 1812 with the United States. The walls are of local granite and the interior is as plain as the exterior. The east window contains stained glass which depicts the life of Christ and was donated to the church in memory of the American prisoners who helped to build it.

Around 6.00pm, before leaving Princetown and heading once again into the Moors for the night, we called into the Plume of Feathers Inn in the center of the village to have some dinner. Oz and Stan had a burger, crammed with chicken and salad, a healthy choice for sure. Paul had some fish and I had a steak, washed down with a pint of local craft beer. Highly recommended. 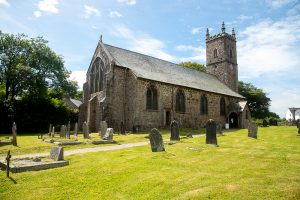 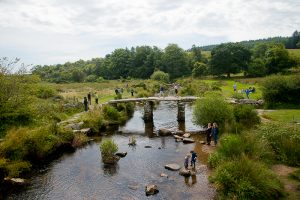 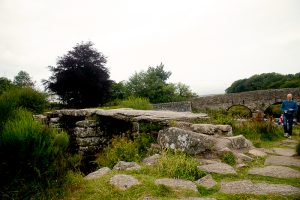 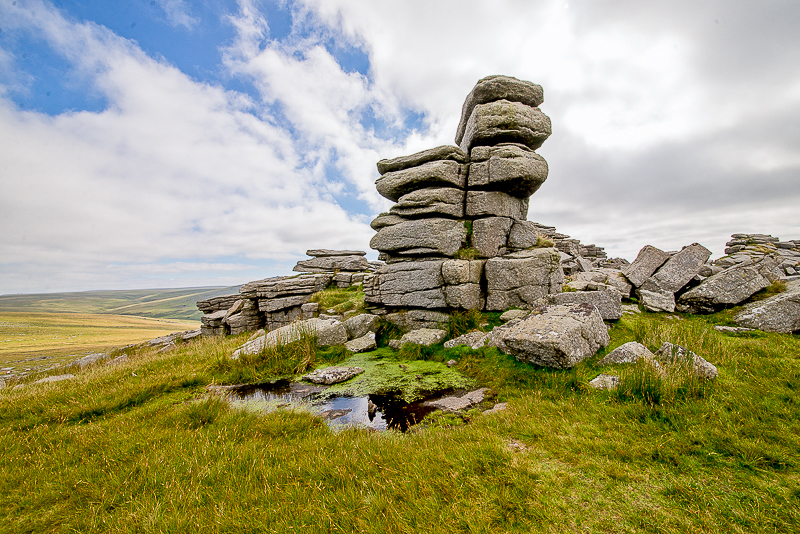 On the road again and heading for Great Staple Tor, not too far outside Princetown on the B3357. On arrival, climbed the gentle slopes to just below the Granite Outcrop on the top of the Tor and set up camp. Beautiful views and again the silence…wonderful.

In the morning, after a wonderful nights sleep, Oz and myself set out to climb to the top of Great Staple Tor and Middle Staple Tor. The huge boulders stacked on top of each other as if the giants were here at some time playing games or creating stone art for future generations to be in awe of. The huge rock protrusions pushed upwards whilst around the base were much smaller ones, clitter, streaming down the hillside towards the valley below. Oz wanting a photo of himself on top of these great “stacks” to prove he did indeed climb them, and I obliged.

From this vantage point to the north was Kings Tor, the TV mast and to the north west Great Mis Tor. In the valley below us were the stacks of Vixen Tor.  There were plenty of sheep, no ponies and I felt a lack of birds. I think in the summer months the birds go to the valleys where there is plenty of food, water and shelter.

On our last night we camped on the banks of the Cherry Brook River. This river flows into the larger Dart River. This is a salmon spawning river and must be exciting to witness this phenomenon in nature. The boys played in the river and really enjoyed themselves. We were relaxing now taking stock of the wonderful things we had done over the last couple of days and the experiences that will stay on our minds forever.

My special thanks to my Nephew Paul for organizing this trip and to his two boys, Oz and Stan for their company and for being the very best Sherpas in the Moors.

The next time you wonder around Nelsons Pillar in Trafalgar Square in London, the granite for the base of the statue was taken from the land in Dartmoor and hand cut by local workers. They also hand cut bricks of cobble stone, that were used on the streets in London and building blocks that were used in many a house construction throughout the land. 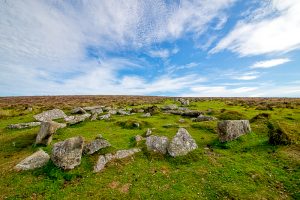 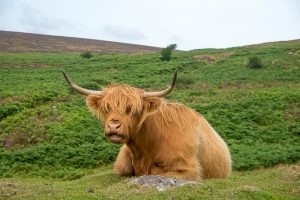 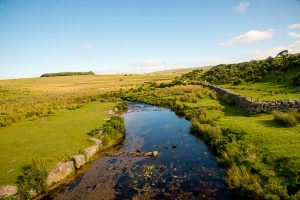 A popular place for the walker who may freely explore the craggy landscape of forests, rivers and bogs while being inspired the rocky formations made by nature itself.
By John Ironside|2017-07-15T16:22:08+01:00September 9th, 2016|Activity, Landscape, Nature, Scenery, Travel|0 Comments