Skip to content
WHEN THE NEW MEETS THE OLD

WHEN THE NEW MEETS THE OLD 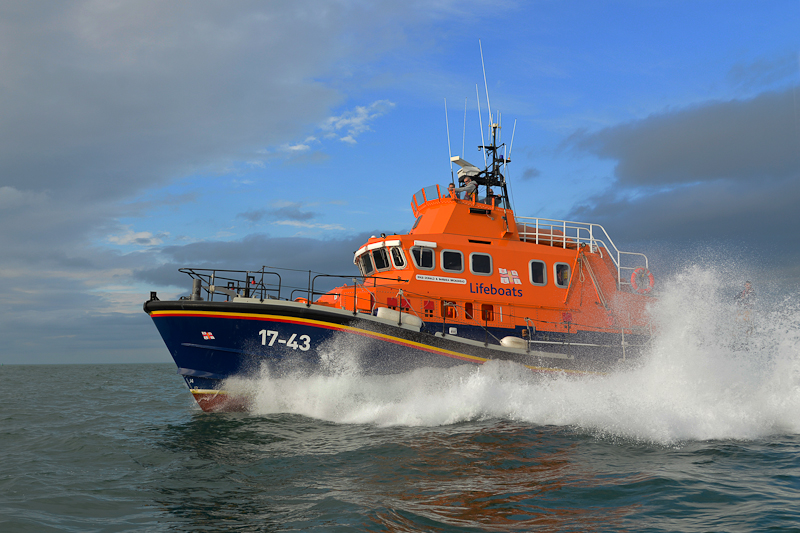 RNLI Lifeboat meet up with an old two master gaff rigged sailing ship at the mouth of the river Slaney in the Irish Sea. The conditions were calm, a whole different perspective to the turbulent conditions that the Irish Sea can dish out.

It was a pleasurable experience going out to sea to meet the RNLI Rescue craft as well as the SV Brian Ború on their approach to Wexford Harbour where they will be stationed for the duration of the Wexford Maritime Festival.

The SV Brian Ború, named after the Legendary High King of Munster and Ireland, is a two master, 56 foot traditional Gaff Rigged wooden sailing ketch. Originally a Ringnetter Fishing Vessel, the ship has been restored and specially adapted to carry passengers. To see a ship out in the ocean under full sail is a truly nostalgic sight, slowly moving in such a peaceful manner with the only sounds being the slight rushing of water as the bow cuts through it and the gentle sounds of the wind in the big sheets, sometimes whistling slightly in the rigging as if to wake you up from the dream land you are enjoying.

The RNLI had two of their offshore rescue craft present, a Trent Class and the Severn Class.  In comparison to the Brian Ború sailing ship, these amazing craft are built to withstand the worst possible conditions at sea and protect the volunteer crews in their quest to bring help to those in trouble. The sound of their powerful engines and a well trained crew are a reassurance of their capabilities.

The Wexford Maritime Festival is on this weekend, 20th / 21st June. I am looking forward to meeting crews from the various rescue services on the Quayside over the weekend and sampling the many activities that will be on offer.