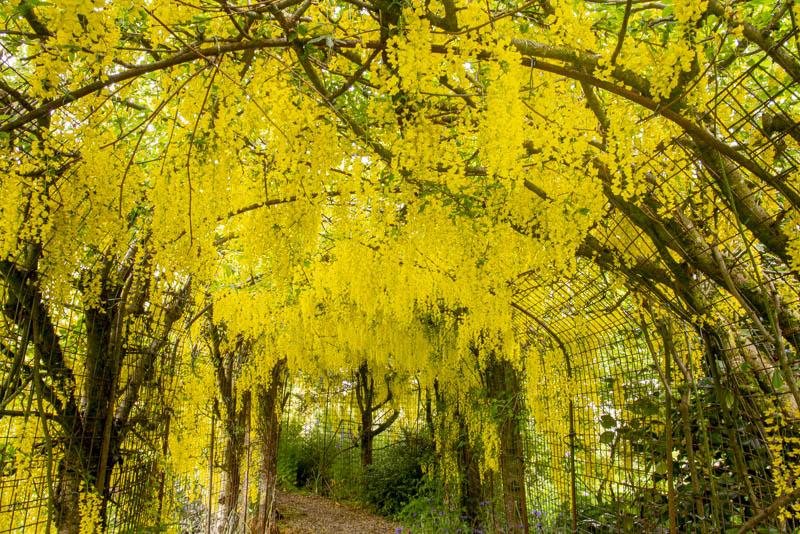 Coolaught Garden and Garden Center is located near Clonroche in County Wexford in Ireland. It’s described as a Country Cottage Garden and developed from a flat field to the side of their home. Owned and run by Harry and Caroline Deacon, they not only offer you an amazing garden experience, but also have a well-stocked garden center supplying a large variety of trees and plants. The garden is also used to show these plants in a live situation so when planning your home garden, you can see what the plant will develop into. 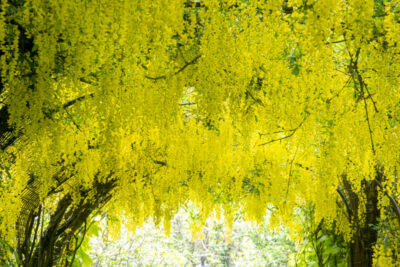 A spectacle in this garden at this time of the year is the 25 meter “Laburnum Arbour”. The specially built steel frame that supports the Laburnum was designed by Harry and fabricated by a local craftsman, Denis Cullen. As you enter the Arbour, you can’t see through to the end, but as you proceed it gradually opens up in front of you. The structure deceives the eye by correcting perspective as you walk through it and is strategically curved to create a surprise as you venture forward. The strong smell of the of the Laburnum flowers, hanging down from the ceiling creates a fantasy world for the garden fairies. The soothing hum of the honey bees feeding on this momentary food bonanza adds a serenade to this experience and perhaps an apprehension of what is to come.

The Arbour is the main entrance to garden and once through the tunnel the garden opens up via a myriad of grass walks flowing out like a meandering river taking you with purpose through the garden.

All Laburnum’s yellow flowers hanging thick In happy showers,—
Look at them! The reason’s plain why folks call them “Golden Rain”!
“Golden Chains” they call them too, swinging there against the blue. 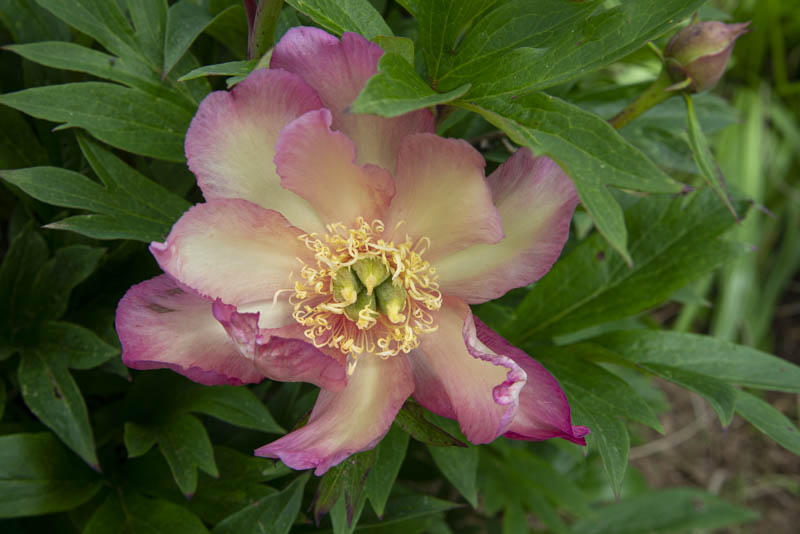 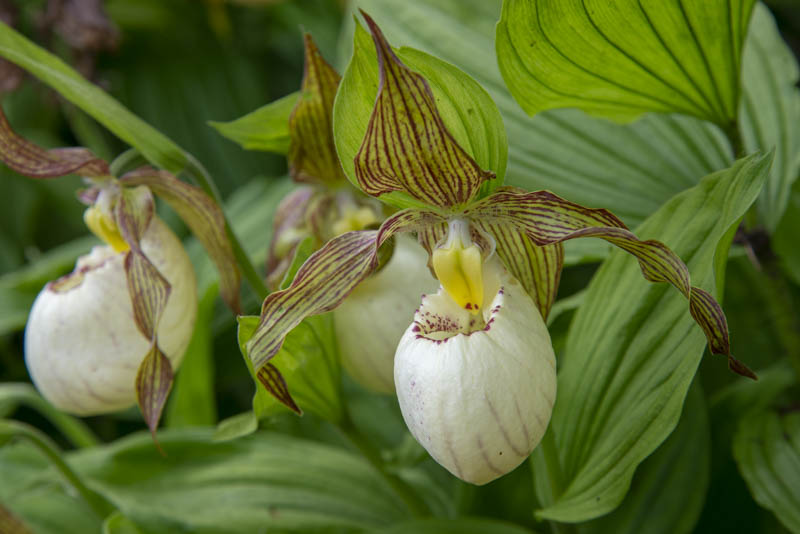 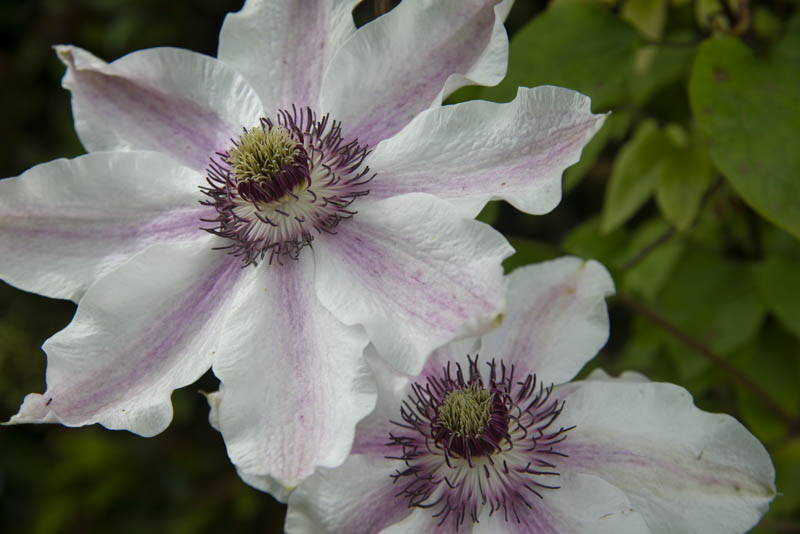 I was here in the garden last February and the garden was literally bare other than some winter foliage and a few early flowers. The Arbour was bare of bloom and was made up of the storky Laburnum plant clinging to the metal framework of the tunnel. Dormant, awaiting the opportunity of early summer to spring into blossom, be pollinated while supplying food resources to the hungry bees and readying for its next cycle in its life.

The garden is looking amazing. The lush new greens of the trees in various shades bouncing back to life and creating dark backdrops for the bright clusters of vivid colour provided by the blossoms awaking from their winter dormancy.

Blue and white Lobelia, the delicate Azalea in their vivid colours of orange, reds and yellows, rhododendrons, some of which I hadn’t seen before, lilies, ground covering such as the fried egg plant, broad leaf plants displaying their amazing textures and structures. Some of the roses were blooming displaying their stamen to attract the bees to help them pollinate for the ongoing survival of the species.

One of the rare plants in the garden is a “Itoh Peony”, (flowering in June) which was propagated by a Japanese nurseryman, Mr Itoh by crossing a Herbaceous Peony with a Tree Peony. This flower outcome represents a lifetimes work for Mr Ipoh having made some 90,000+ crosses (Ipoh Crosses) but sadly never lived to see the fruits of his work.

A Lupin cross was propagated by Harry and Caroline crossing a New Zealand Tree Lupin (Blue) with one of our native Yellow Lupin. The result is a flower with both colours in it and is spectacular to look at, especially in a cluster. 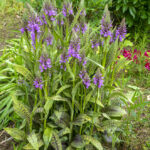 There is an orchid, common in the Burren in County Clare where it grows to about 9 inches in height. The one in Caroline and  Harry’s garden is about 30 inches and Harry recons it’s on steroids!

A Clematis growing on one of the trellises near the house. It was so perfect, so stunning in its structures, silk like petals, white with a hint of pink and the dark stamens in striking contrast.

I must make a special note of the Slipper Orchid. There is a collection in the top of Egyptian Garden and must not be missed. They flower in June and their life span is about three weeks. And as their name suggests they appear to be cosy slippers, perhaps used by the garden’s fairies when we are all asleep. 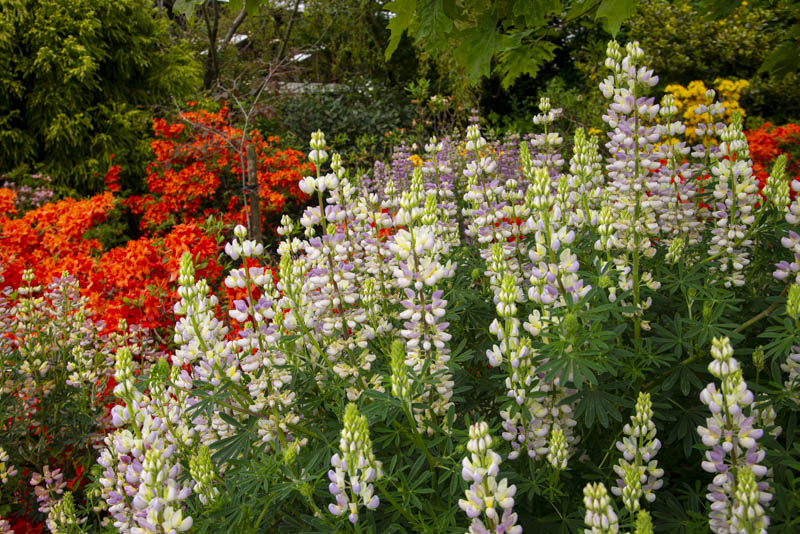 This garden is flat, laced with golf course kept grass paths making accessibility perfect for everyone regardless of fitness and ability. Harry and Caroline began putting this, a bit oversized, “Cottage Country Garden”, garden together in 1980 and it has grown into this two and a half acres’ botanical wonderland that it is today. Their attention to detail in making this garden is unassuming, but everything is there, a visual surprise of dark and shade livened by vibrant colour around every corner. Strategically placed rustic seating from where you may sit in the quiet and explore your dreams to the company of bird song and the attentive Robin who pops around seeking friendship and perhaps a few crumbs.

Every time I visit this garden I get excited. It is never the same. New seasons, new life and always an escape from the chaws of everyday living. Harry and Caroline keep this space so friendly and un-commercial… it’s their own garden, they love it and they are happy to share it with you. You are welcomed to come into it.

It’s a colourful experience in nature in so many ways and so very worth a visit.