The Irish Wild Salmon have for centuries been returning  from the oceans every year around May to their rivers of origin,  driven by instinct and determination. They fight their way up the rivers against the flow, overcoming obstacles such as weirs and waterfalls with a natural need to reach the upper extremes, where the large river becomes a mere stream, to lay their precious eggs in carefully prepared gravel nests so the next generation may carry on this incredible natural cycle of life.

These Wild Salmon have been a source of income to local fishermen for generations and the catching method was an art in itself, handed down from generation to generation. These prized catches were always part of a “special” meal, celebrating a special occasion. 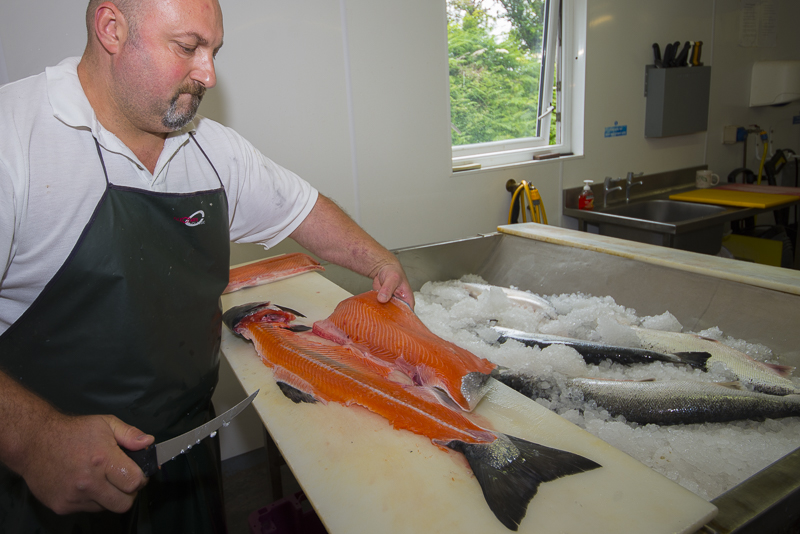 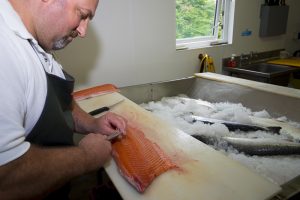 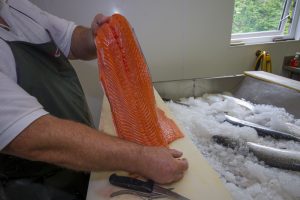 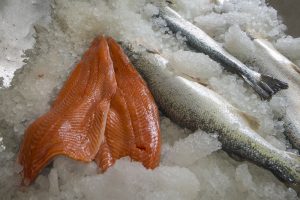 Michael Walsh is a fifth generation Salmon Fisherman. He tells me he started out in the “Punt” fishing with his father (Michael “Muck” Walsh) when he was six years old  and by the age of fourteen he earning a few bob for himself. “the netting was done at nigh” he explained “when the fish couldn’t see too well”. “We would drifting up and down the Barrow River off Ballyhack on the tide with the drift nets”. There was “friendly” rivalry among the fishermen and secrecy was vital so as to outdo your competitor.

Michael has always been an entrepreneur always smoking his fish in a small way for a few bob. The demand grew for his smoked salmon and he set up a more commercial businessand was ratified in 2013 to produce his smoked products by the government. As he took me through his production, his enthusiasm, the tender care and respect he gave to each fish was truly genuine. At forty seven years of age, he explains “my goal is to build an old traditional smoke house and create a name for high quality artisan smoked salmon, worldwide”

At the back of his production unit, was Ben. A big guy, a lovely person, who as I discovered had a degree in cycology. He describes himself as a “Professional Filetter”. It was his job to remove the salmon sides from the bone, which he did with great ease, and then individual pull out the small bones that remained. 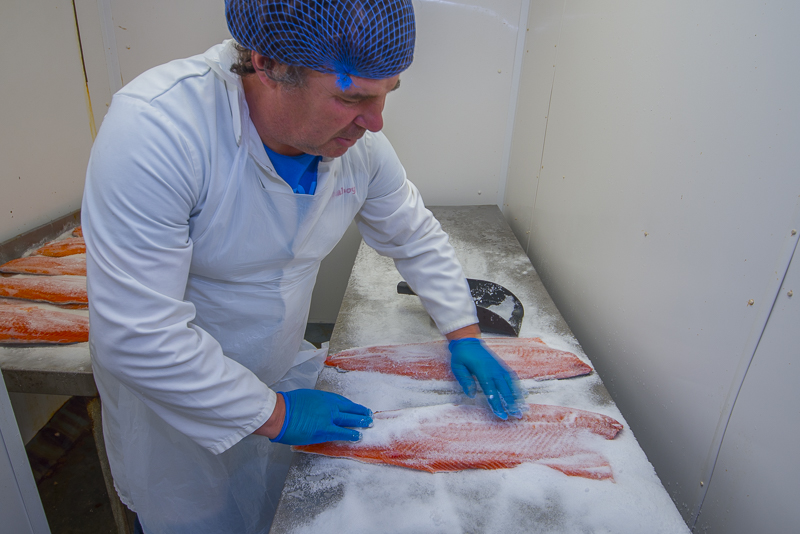 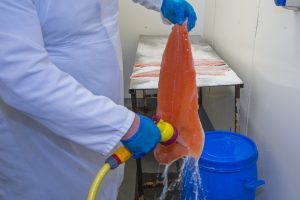 The sides were then individually salted by hand. This Michael explained “preserves and firms up the meat for better curing in the Smoke Room. They are then slow washed to remove the salt before being put into the cold room for drying. The drying is critical as this controls the texture and final taste of the salmon.

Then comes the smoking. The smoker Michael uses is an old smoker, given to him by an elderly gentleman from Waterford who had become too old to operate to help Michael with his dream. The smoker is over seventy years old. He uses beach wood chippings in the burner and the salmon 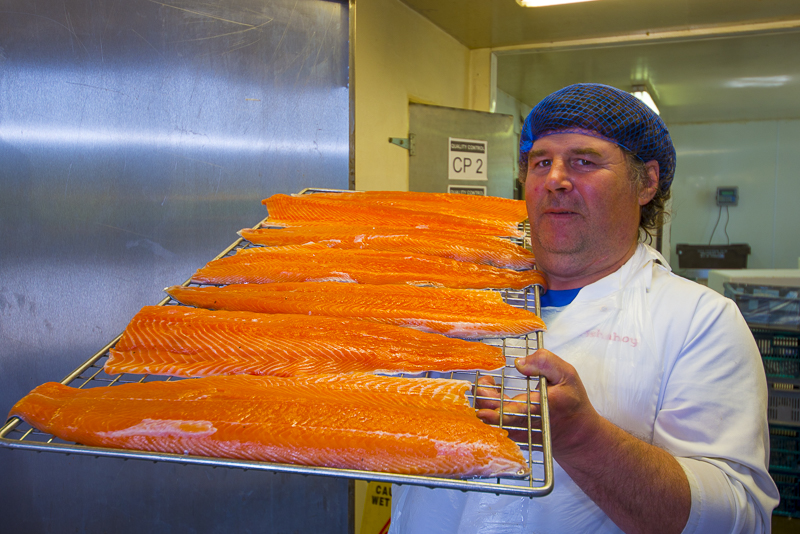 is slow smoked for up to forty eight hours leaving the sides tender and balanced, ready for the table. Nothing is added to his process other than salt and smoke. He gave me a slice’ succulent, soft, tasty. All I needed was a nice glass of wine to go with it to finish off the experience.

Wild Irish Salmon is used as much as possible in Michael’s production, but is determined by availability of supply. Most of the wild fish come from the River Blackwater in County Cork and River Laune in County Kerry and is seasonal. To supplement his production he uses farmed salmon, but this is a different product.

Ballyhack is a small fishing village in County Wexford, Ireland. Located on the banks of the River Suir it was once the hub for traditional salmon fishing. The village is overlooked by The castle, a large tower house, is thought to have been built c. 1450 by the Knights Hospitallers of St. John. Byrnes Pub and Shop on the corner serves food and snacks. There is a small drive on car / foot passenger ferry that operated across the river to Passage East in County Waterford. 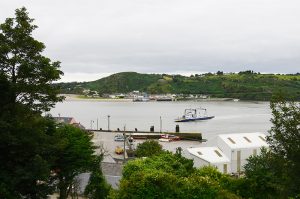